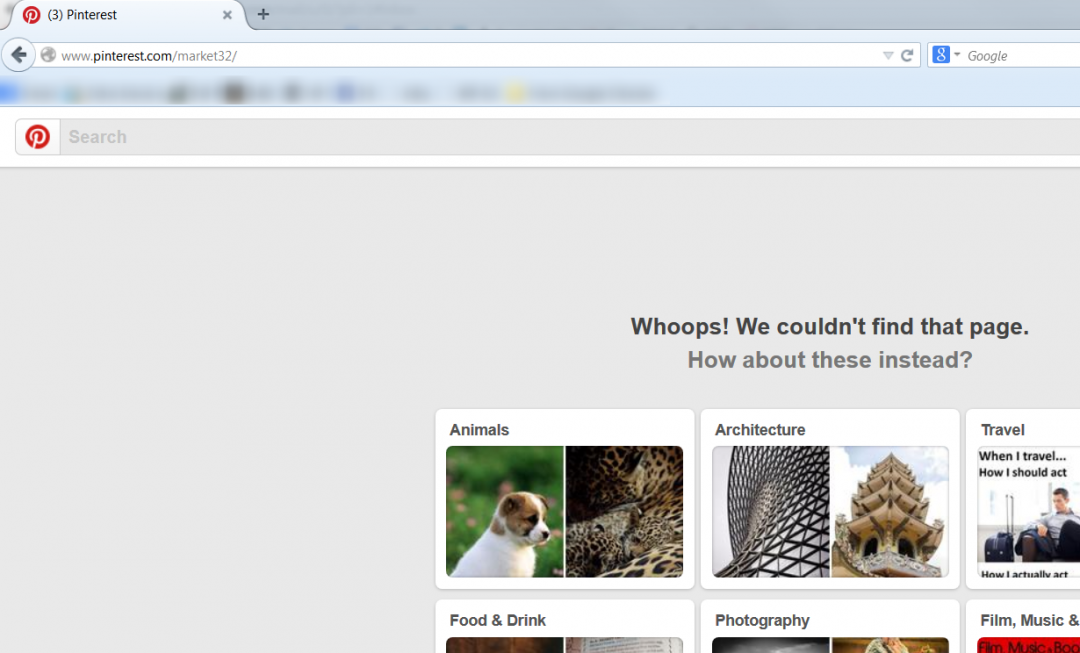 Let me start this post by saying I have the highest respect for our local supermarket company, Price Chopper, and the family (the Golubs) that runs it. It is hard to imagine a company that does more good for the community in which it is based and operates. We are sincerely lucky to have them here.

This post is not about that, though, it’s about the way in which I think Price Chopper failed somewhat remarkably, from an online marketing perspective, in announcing the change of its brand to “Market 32”. Those failures offer us lessons on how to position our business selves online better.

Let me say this, too. I quite like the name Market 32. I moved to this area about nine years ago and was struck from the start about how the leading supermarket’s name, Price Chopper, seemed to have nothing to do with its vibe: high quality food and service. When I think of chopping prices, I think of food and toothpaste imported from China. When I think of Price Chopper, I think of great produce and other goods. Low prices clearly has not been the company’s primary mission over the last nine years, and the name change, I think,  better reflects what one can expect from the grocery now and in the future. The 32 is a reference, perhaps a bit oblique, to the company’s 1932 founding as Central Market. I can see how “Market 32” sounds a bit new and edgy, though: modern and old at the same time.

So how did the company fail when it comes to online marketing? Fairly boldly. Their online efforts with respect to the brand change, as of this morning, seem like an afterthought rather than a thrust of the name change. For a Forbes 500 company with annual revenue in the billions, such a result is startling, especially given that Price Chopper’s current online presence to date had been quite respectable.

Now we do say “to date”, and today is only Day 1 after the announcement. However, this name change was being considered for some time before the trigger was actually pulled, and that should have given the company sufficient time to get its online ducks in a row before making the announcement.

So how did Price Chopper fail, precisely? Let’s look at some places where the company can or should expect to have an online presence, and could have done better.

As of this morning, this website address redirected people to the blog post on the pricechopper.com website announcing the change in name. Good that they registered the domain (but, boy, they better had!) [11/14: WHOIS information shows the domain was first registered in October 2011 and updated last month.]. It would have been better, however, instead of a redirect, to have populated the market32.com domain with information about the change. If that was not possible (and it should have been given the lead time), a better alternative than redirecting to a single blog post would be [redirecting to] a whole section on the pricechopper.com website explaining the change.

There is scant reference as of this morning to the name change on the company’s homepage. The name change is undeniably huge. Won’t the public be curious? (Indeed, our public radio station devoted many minutes to the topic earlier this morning [and it was all over the papers].) The only reference comes from a portion of a Facebook feed. Barely mentioning this huge issue on the homepage seems like a pretty sizable mistake. Because a lot of people are going to be interested in this, information should be front and center on the site’s homepage, ideally [providing visitors a link] to a section of the site (which did not actually exist this morning) about the name change.

Every serious business should have a presence on each of these services. The problem for Price Chopper with respect to these social media services is that “Market32” is taken. There are certainly variations that Price Chopper can claim, and maybe they have. Market32Grocer, Market32Co, Market_32 and the list goes on. But the fact remains that the most basic name for the company is unavailable on the most popular social media services. With better planning, the company could either have purchased these accounts from the current holders prior to the change (good luck doing that now) or, if the account holders balked (and the attempt very well may have been made), another name (other than Market 32) may have been considered. In 2014, not having your branded account on these social media outlets looks a bit amateurish, and is potentially confusing to consumers. (By the way, we had a similar problem with GoatBuzz, so we can be criticized there as well, but we’re also not a multi-billion dollar business. [Our efforts to obtain pre-existing accounts failed so we were compelled in a couple of instances to create accounts named other than “Goatbuzz”.])

The issue with these terrifically important sites is not that someone else has claimed the listings, but that as of this morning no one has, not even Price Chopper! Now that the news has broken, what’s to prevent an unscrupulous Internet troll from registering the accounts and forcing Price Chopper to either pay or fight to get “Market 32” on these  very important social media outlets? Nothing, that’s what. It would have been better to shore up these accounts prior to the announcement. [YouTube information added 11/14/2014]

[this section added 11/14/2014] We receive a weekly email blast from Price Chopper. It typically promotes in-store sales and contains recipes and ideas the the like. We LOVE email newsletters as a marketing tool, and you should deploy them, too, just like we do, and just like Price Chopper does. They are a great way to convey valuable information and remind people that you exist. Here’s the problem. For the weekly email I received November 13 – after the announcement of the change – there was not a single mention of this important company change. Not even a link that that blog post mentioned above.

Bottom line: You must think about your online presence when changing your brand

Again, we applaud Price Chopper for taking a pretty bold step in reforming their brand. We wish them all the best.

But we must question how they so substantially appear to have dropped the ball when it comes to managing their online presence with respect to this rebranding effort. No company, let alone one of this size, can ill afford to substantially ignore their online presence with respect to such an important change. The world, and consumers, increasingly are online. It’s where people turn to find out the most basic information about an entity. If you go through a name change, or even if you are just starting up a business, pay attention to potential and actual online assets (especially the popular ones and the ones where your customers will be), and be ready, [no later than] day one, to be online in a meaningful way.