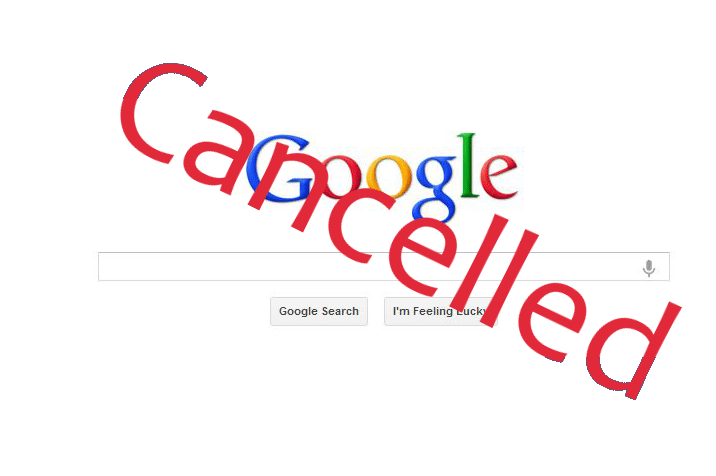 In a surprise move, Google announced today that it has cancelled another popular service.

Like Google Reader, Google Health, and Google Wave before it, the popular Google Search service will be cancelled, effective immediately.

In a press release, Google CEO Larry Page announced that “Search just isn’t a place where we see ourselves anymore. It was a good ride, and provided us with a lot of momentum, which we will carry forward into services we know are more likely to stand the test of time. Fo schnizzle.”

Industry insiders say that Google is going all in on its efforts in the smartphone (Android), smart eyeglasses (Google Glass), driverless car, and talking footwear (Google Sneakers) industries, where the tech titan sees long term growth and opportunity.

Page says, “Ultimately we hope to combine all these efforts into one project, such that your car can drive you around while you communicate with your shoes on your phone as your glasses show you in real time what you’re driving by via your Google+ feed.”

As for search, Mr. Page says that people can rely on the “oddly named” Bing, or just ask their know-it-all Uncle Jeff, who “seems to have an answer for everything.”