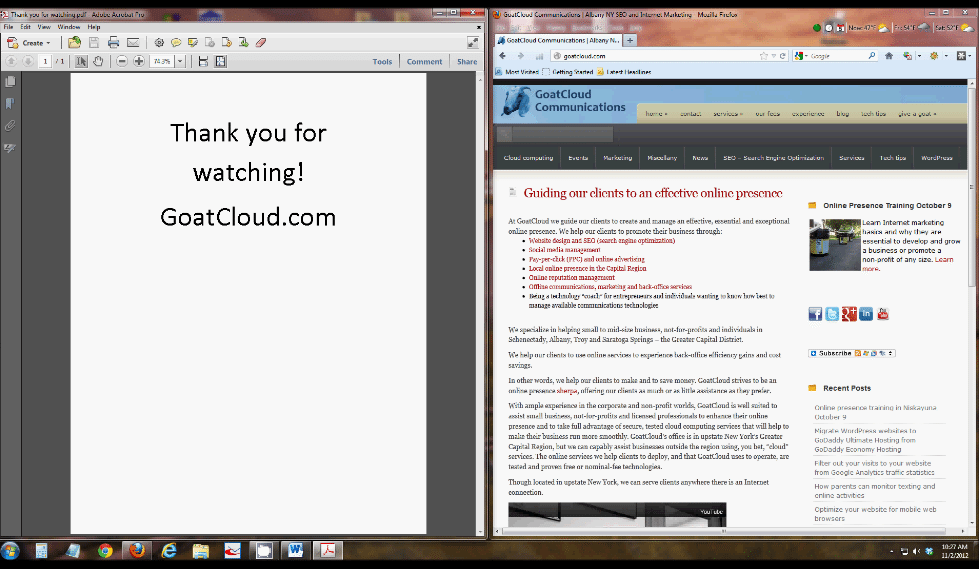 Easy Way to Get Two Windows Open on the Same Screen

Do you have only one computer monitor on a Windows 7 or Windows 8  or Windows 10 system and want to split the screen into two halves? Do you envy those with dual monitors who can be working in two programs at once?

Below is a quick video demonstration on how you can split your monitor into two equal halves, and work on two programs running next to each other, or just have two windows of the same program open next to each other (useful for cutting and pasting between documents).

If you’d rather not watch the video below, we’ll put into words how to do this:

If you think that written tutorial was fun (or if it did not make sense to you), watch the video. In either case, have fun splitting your screen!

Video Tutorial: How to Split your PC Monitor into Two Equal Windows

Why do you split the monitor into two halves? Do you have a better way to do this? Leave a comment!

Do you need help with technology issues?

Let us know how we can help.